The General Order defines the Regulated Area of BC as:

[A] "Regulated Area" means that part of the Province south of the 53rd parallel north, including Vancouver Island and the Gulf Islands and excluding the Queen Charlotte Islands.
​
*On June 3, 2010 The Queen Charlotte Islands were formally renamed Haida Gwaii
​
The BCVMC regulates all Storage, Greenhouse, and Processing vegetable products grown within this area.
Please refer to http://www.bcveg.com/regulated-vegetables.html for the complete list of regulated vegetables.

On the map below, the red line represents the 53rd parallel; everything below the red line (excluding Haida Gwaii) is included in the Regulated Area of BC: 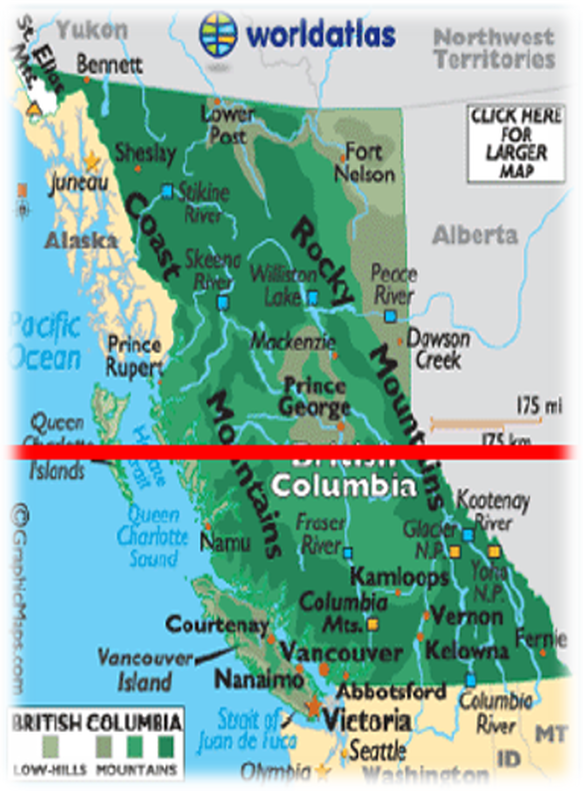